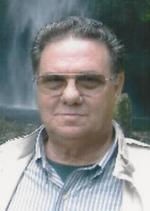 Mr. Zacchaeus "Zack" Murray, 71, of Bostic, died Wednesday, July 18, 2012 at his residence.
He was the son of the late Pink and Foye Murray, and was also preceded in death by a sister, Gladys Dobbins, and a brother, Billie Murray. He was a member of Wilson Baptist Church and retired from Burlington Industries.
He is survived by his wife, Peggy Owens Murray; two sons, Darryl Murray and his wife Zelda, of Mooresboro, and Wayne Murray and his wife Barbara, of Bostic; three sisters, Nellie Moore and Georgia Morris, both of Bostic, and Frances Benson of Garfield, MN; a brother, James Murray of Bostic; eight grandchildren, Brandon, Megan, Tyler, Makenzlie, Tucker, Keeiliana, Hayden, and Zeb.
The Funeral Service will be held at 6:30 pm Monday, July 23, 2012 at Mt. Lebanon Baptist Church. Rev. Greg Owens will officiate. Burial will follow in the church cemetery.
The Visitation will be from 4:30 pm until 6:15pm Monday at the church prior to the service. The body will lie in state during the visitation hours.
In lieu of flowers, memorials may be made to: Gideon Bibles, PO Box 140800, Nashville, TN 37214-0800, or Hospice of Rutherford County, PO Box 336, Forest City, NC 28043, or Mt. Lebanon Baptist Church, 801 Mt. Lebanon Church Road, Bostic, NC 28018.
Washburn & Dorsey Funeral Home is in charge of arrangements.
Online condolences @washburndorsey.com.
To order memorial trees or send flowers to the family in memory of Zacchaeus "Zack" Murray, please visit our flower store.
Send a Sympathy Card