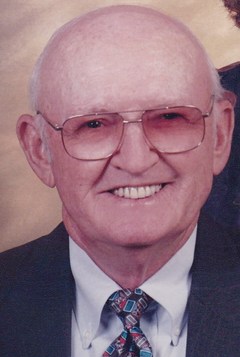 Mr. Yates Lee "Buck" Morrison, 85, of Pea Ridge Road, Bostic, died Monday, May 20, 2019.
He was the son of the late Eddie Roscoe Morrison and Cleo Morrison. In addition to his parents, he was preceded in death by his first wife, Jennie Morrison and his second wife, Margaret Earley Morrison; 2 sisters, Ethel Ensley and Jeanette Conner; 3 brothers, Spurge Morrison, Hubert Morrison, and Jimmy Morrison. Yates was a US Army veteran and retired from Trailways.
He is survived by 3 sisters, Eunice Hughes of Union Mills, Betty Green and husband Gene, of Rutherfordton, and Hazel Sisk of Bostic; his brother, Wade Morrison of Rutherfordton; a stepson, Bruce Earley of Rutherfordton; 2 stepdaugthers, Brenda Mast of Dublin, PA and Linda Addison of Bristol, TN: and a number of nieces and nephews.
The Funeral will be conducted at 11:00 am Wednesday, May 22, 2019 at Washburn & Dorsey Funeral Home. The Rev. Donald Morrison will officiate. Burial will follow in the Mt. Lebanon Baptist Church Cemetery. Pallbearers are Wayne Ensley, Stewart Bailey, Michael Smith, Michael Green, Randy McCurry, and Tommy Freeman.
The Visitation will be from 10 am until 11 am Wednesday at the funeral home prior to the service.
Memorials may be made to Hospice of the Carolina Foothills, PO Box 336, Forest City, NC 28043.
Online condolences @www.washburndorsey.com.
To order memorial trees or send flowers to the family in memory of Yates Lee "Buck" Morrison, 85, please visit our flower store.
Send a Sympathy Card