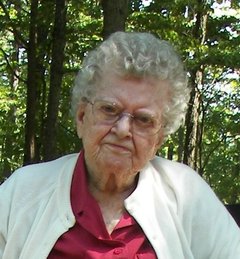 Mrs. Ruby Melton Philbeck, 96, of Bostic, died Friday, December 16, 2016 at UNC Hospitals, Chapel Hill. She was born on September 26, 1920.
Ruby was the widow of Miles S. Philbeck, Sr., and was the daughter of the late Kenneth Melton and wife Nannie Mae Freeman Melton. She was also preceded in death by her daughter, Nan Hayes; a brother, Norris Melton; and her two sisters, Betty Jean Melton and Ginger Harrison.  She was a member of Salem United Methodist Church and a former member of Avondale UMC. She was a graduate of the Sunshine High School Class of 1938. She was President of her senior class and voted "Most Beautiful", she was also "Miss Sunshine" at one time. Ruby was a devoted wife and mother and caregiver to other family members.
She is survived by her son, Miles Philbeck of Chapel Hill; and her granddaughter, Saundra Hayes of Cornelius; and her son-in-law, Tommy Hayes of Miller's Creek.
The Funeral will be conducted at 2:00 pm Sunday, December 18, 2016 at Salem United Methodist Church. The body will lie in state 30 minutes prior to the service. The Rev. Melinda Penry will officiate. Burial will follow in the church cemetery. Pallbearers are Bruce Hamrick, Lawrence White, Andy Hollifield, Frank Greene, William Green, Kevin Harrison, and Bob Billingsley.
The Visitation will be from 5 pm until 7 pm Saturday at Washburn & Dorsey Funeral and Cremation Service.
The family respectfully requests that friends direct memorials to an organization of their own choosing.
Online condolences @www.washburndorsey.com.

To order memorial trees or send flowers to the family in memory of Ruby Philbeck, 96, please visit our flower store.
Send a Sympathy Card