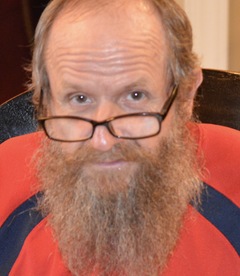 Mr. Norman Wade "Lonzo" McCurry, 59, of Union Mills, died Saturday, August 5, 2017 at St. Joseph's Hospital, Asheville.
He was the son of  the late Miles and Mildred Gurley McCurry, and was also preceded in death by a daughter, Sarah McCurry; and a brother, Ray Gurley. He was a member of Golden Valley United Methodist Church.
He is survived by his son, Dustin McCurry and wife Rebecca, of Union Mills; his brother, James McCurry of Sunshine; 5 sisters, Barbara Gilbert and husband Robert, of Mill Spring, Martha Robinson and husband Robert of Forest City, Cindy McCurry and Betty Thrift, both of Spindale, and Donna Hensley and husband Todd, of Ellenboro; there are 2 granddaughters, Havyn and Hanna McCurry.
The Funeral will be conducted at 2:00 pm Tuesday, August 8, 2017 at Golden Valley United Methodist Church. The Rev. Linda Stack Morgan will officiate. The body will lie in state 30 minutes prior to the service. Burial will follow in the church cemetery. Pallbearers are Dillon Fleming, Jason Parker, Terry Self, Tommy Taylor, Tim Terry, and Embra Tucker.
The Visitation will be from 6:30 pm until 9:00 pm Monday at Washburn & Dorsey Funeral and Cremation Service, and at other times the family will gather at the residence of Martha Robinson,  165 Hawk Ridge Drive, Forest City.
Memorials may be made to Golden Valley UMC, PO Box 460, Bostic, NC 28018.
Online condolences @www.washburndorsey.com.

To order memorial trees or send flowers to the family in memory of Norman Wade "Lonzo" McCurry, 59, please visit our flower store.