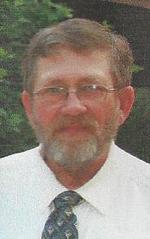 Mr. Larry David Goforth, 64, of Ellenboro, died Sunday, January 20, 2013 at the Charles George VA Medical Center in Asheville.
He was the son of the late Kelly and Coye McDaniel Goforth, and a native of Cleveland County. Larry served his country with distinction in the Vietnam War with the Army.
He is survived by his wife, Brenda Morrison Goforth; and a sister, Mary Goforth of Forest City.
The family would like to invite his friends to be present at his Military Rites at 4:00 pm Thursday, January 24, 2013 on the grounds of Washburn & Dorsey Funeral and Cremation Service. The Rutherford County Honor Guard will provide the rites.
Following those military honors, the family will receive friends until 6:00 pm at the funeral home.
Memorials may be made to Hospice of Rutherford County, PO Box 336, Forest City, NC 28043.
Online condolences @www.washburndorsey.com.
To order memorial trees or send flowers to the family in memory of Larry David Goforth, please visit our flower store.
Send a Sympathy Card