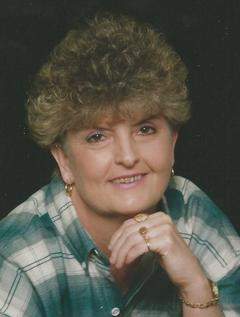 Mrs. June "Susie" Scruggs Henson, 63, of Forest City, died Sunday, February 2, 2014 at Fair Haven Home.
She was the daughter of Bobo Scruggs, Sr. and June Elizabeth Scruggs of Forest City. Susie was a member of Florence Baptist Church. She was a teachers assistant in the Rutherford County School system, at Cliffside Elementary in 1978, Harris School from 1979 to 1986, and East Rutherford from 1986 to 1995. She volunteered with the girls softball in the Forest City Little League for many years, she was also a cub scout leader and photographer. She was preceded in death by her beloved "Simba".
In addition to her parents, she is survived by her husband, David Henson; her son, Patrick Henson and his wife Kim, of Duncan, SC; her daughter, Shelley Turner and her husband Jason, of Bostic; a brother, Bobo Scruggs, Jr and his wife Jackie, of Surfside Beach; there are three grandchildren, James Patrick McQueen, Morgan Greer, and Matthew Greer: there is one great grandchild, Ella Hardin.
A Memorial Service will be conducted at 2:00 pm Wednesday, February 5, 2014 at Florence Baptist Church. Rev. Dr. Bobby Gantt will officiate. Lisa Bralley, Lori Toney, Cindy McCurry, and David Smith will provide eulogies. Musicians will be Phebe Martin, Cameron Byers, and Laura Harris.
The Visitation will be from 5pm until 8 pm Tuesday at Washburn & Dorsey Funeral and Cremation Service.
Memorials may be made to Hospice of Rutherford County, PO Box 336, Forest City, NC 28043.
Online condolences @www.washburndorsey.com.


To order memorial trees or send flowers to the family in memory of June "Susie" Scruggs Henson, please visit our flower store.