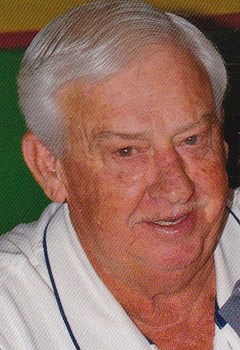 Mr. J.C. Turner, 72, of Golden Valley, died Thursday, July 28, 2016 at his residence.
He was the son of the late O.C. and Jeanette Butler Turner. J.C. was a member of Fairview Baptist Church. He retired from Broyhill in 1994 as a Division Leader, and since then had been following his passion of training bird dogs professionally and participating in competitive field trials throughout the United States.
He is survived by his wife, Janet Atchley Turner; 2 stepsons, Jason Pintuff and his wife Susan, of Raleigh, and Justin Pintuff and his wife Rebecca, of Sunshine; two brothers, Roger Turner and his wife Donna of Golden Valley, and Gene Turner of Casar; there are 4 grandchildren, Jenna Pintuff, Lily Pintuff, Reid Pintuff, and Maci Pintuff.
The Funeral will be conducted at 3:00 pm Sunday, July 31, 2016 at Fairview Baptist Church. The Rev. David Ledford and Rev. John Ware will officiate. Burial will follow in the church cemetery.  Pallbearers are Colby Turner, Jessie Marlowe, Dennis White, Roger McGuire, Wayne Van Dyke, and Clay Smith.
The Visitation will be from 4 pm until 7 pm Saturday at Washburn & Dorsey Funeral and Cremation Service.
Memorials may be made to Hospice of Rutherford County, PO Box 336, Forest City, NC 28043 or Fairview Mountain Ministries, 404 Mason Road, Ellenboro, NC 28040.
Online condolences @www.washburndorsey.com.

To order memorial trees or send flowers to the family in memory of J.C. Turner, 72, please visit our flower store.
Send a Sympathy Card