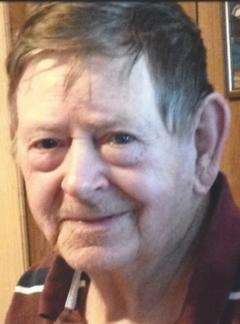 Mr. James Pinkney "Pete" Lovelace, 78, of Bostic, was born on December 14, 1935 and went to be with the Lord on Monday, September 15, 2014.
He was the son of the late James Boyd Lovelace and Bulier Melton Lovelace, he was also preceded in death by his stepmother, Elsie Lovelace, his sister Lenora Bliss, and two brothers, Glenn Lovelace and Kenneth Lovelace.
He is survived by his wife of 46 years, Mary Alice Self Lovelace; three sons, James Robert Lovelace of Morganton, and Daniel Lovelace and Billy Lovelace, both of Bostic; a sister, Martha Boone of Forest City; there are 7 grandchildren and 36 nieces and nephews.
The Funeral will be conducted at 11:00 am Thursday, September 18, 2014 at Washburn & Dorsey Funeral and Cremation Service. Rev. Robert Boone and Rev. Jonathan Lankford will officiate. Burial will follow in the Mount Harmony Baptist Church Cemetery. Pallbearers will be Brian Self, Larry Hanner, Shannon Keeter, Phillip Snyder, Tommy Pursley, and James Pursley.
The Visitation will be from 6 pm until 8 pm Wednesday at Washburn & Dorsey Funeral and Cremation Service.
Online condolences @www.washburndorsey.com.
To order memorial trees or send flowers to the family in memory of James Pinkney "Pete" Lovelace, please visit our flower store.
Send a Sympathy Card