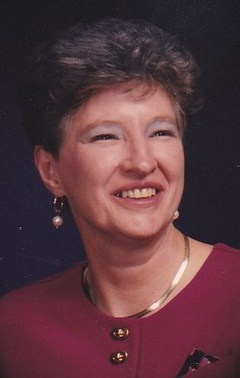 Mrs. Imogene L. Toney, 79, of Sunshine, died Sunday, December 17, 2017 at Hospice House, Forest City.
She was the daughter of the late Joseph Edgar Lovelace and Airleen Rayburn Lovelace, and was also preceded in death by her 2 brothers, Elbert Lovelace and Bill Lovelace; 2 sisters, Polly Allen and Ruby Lovelace; a niece, Becky Allen; and 2 nephews, Ronnie Lovelace and Hugh Lovelace. Imogene retired as a Director of 911 Communications for Rutherford County. She was a member of Golden Valley United Methodist Church, where she taught Adult Sunday School for 30 years. She earned her AA Degree from Isothermal Community College in Business Administration at age 54.
She is survived by her husband of 61 years, Paul Jake Toney; her 2 daughters, Cathy T. Hollifield and her husband Andy - who was like a son to her, of Sunshine, and Deb Toney of Golden Valley; 2 sisters, Vernell Freeman and Francis Oates, both of Bostic; a granddaughter, Kristin Mae Hollifield of Charlotte, and a grand/great granddaughter Mallie Emma Toney of Golden Valley, and a special granddaughter in her heart; a  nephew, Billy Lovelace; and 5 nieces, Gail Freeman, Cheryl Oates, Jo Ann Greene, Sandy Graul, and Naomi Murray.
The Funeral will be conducted at 11:00 am Wednesday, December 20, 2017 at Sunshine United Methodist Church. The Rev. Jim Mackey and Rev. Linda Stack Morgan will officiate. Burial will follow in the church cemetery.
The Visitation will be from 5:30 pm until 7:30 pm Tuesday at Washburn & Dorsey Funeral Home.
Memorials may be made to Hospice of Rutherford County, PO Box 336, Forest City, NC 28043.
Online condolences @www.washburndorsey.com.

To order memorial trees or send flowers to the family in memory of Imogene L. Toney, 79, please visit our flower store.