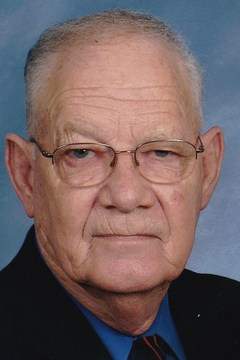 Mr. Horace G. Billingsley, 79, of Ellenboro, died Thursday, March 3, 2016.
He was the son of Frank T. Billingsley and Clara Conder Billingsley, in addition to his parents he was also preceded in death by  his twin brother Wallace Billingsley, and his sister Elinor Bailey. Horace retired from AGI, but his calling was serving as Minister of Music at numerous Rutherford County churches for the last 54 years.
He is survived by his wife Martha S. Billingsley; his son, Mike Billingsley and his wife Anne, of Ellenboro; his brother Bob Billingsley and his wife Anne, of Bostic: a sister in law, Sybil Billingsley of Forest City; and a number of nieces and nephews; the family would like to recognize a special caregiver, Hospice Nurse Raina Crowder.
The Funeral will be conducted at 3:00 pm Monday, March 7, 2016 at Bethel Baptist Church. The Rev. Bob Philbeck, Rev. Danny Black, Rev. Danny McCain and Bro. Kenneth Linder will officiate. Burial will follow in the church cemetery. Active Pallbearers are Billy Claude Bridges, Russell Stribling, Randy Ponton, Sr., Harold Bailey, Brian Lawson, and Bobby Allen. Honorary Pallbearers are Scott Fisher and Terry Buckner.
The Visitation will be from 2 pm until 5 pm Sunday at Washburn & Dorsey Funeral and Cremation Service.
In lieu of flowers, memorials may be made to St. Jude's Children's Research Hospital, 501 St. Jude Place, Memphis, TN 38105.
Online condolences @www.washburndorsey.com.


To order memorial trees or send flowers to the family in memory of Horace G. Billingsley, 79, please visit our flower store.