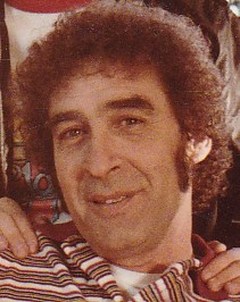 Mr. Glenn Wiseman Butler, 81, of Ellenboro, died Friday, October 5, 2018 at Hospice of The Carolina Foothills, Forest City.
He was the son of the late Guy and Ola Bailey Butler. Glenn was first married to Nina Bradley, and then married Betty Byars in 1981. He graduated from Sunshine High School Class of 1957. He served in the US Army as a paratrooper from September 1960 t0 July of 1964. Glenn loved to fish and work with wood.
He is survived by his wife, Betty Lail Butler; his daughter, Melissa Brooks; a stepdaughter, Beth Limerick; a stepson, Steven Byars; his sister, Shirley Bailey of Forest City; there are 2 grandchildren, Bobbi Whelchel and Jordan Brooks; 4 stepgrandchildren, Amy Hirsch, Aaron Limerick, Hiromichi Byars, and Kazuto Byars; there are 5 great grandchildren and a step great grandson.
No formal services are planned.
The family requests any memorials to be directed to Hospice of the Carolina Foothills, PO Box 336, Forest City, NC 28043.
Washburn & Dorsey Funeral and Cremation Service is in charge of cremation service for Mr. Butler.
Online condolences @www.washburndorsey.com.

To order memorial trees or send flowers to the family in memory of Glenn W. Butler, 81, please visit our flower store.
Send a Sympathy Card