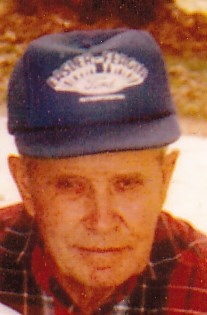 Mr. Glen "Tib" McCurry, 89, of Golden Valley, went to be with the Lord on Tuesday, January 2, 2018  at The Laurels of Green Tree Ridge in Asheville.
A native of Rutherford County, he was the son of the late Solon Roosevelt and Willie Smawley McCurry. In addition to his parents, he was preceded in death by a brother, Ivo McCurry. He was a member of Fairview Baptist Church, retired from Breeden's Poultry Company in Morganton, and was a WWII Army Veteran.
Tib is survived by his loving wife of 71 years, Pauline McCurry; his sons, Ford McCurry and wife Barbara of Leicester, and Keith McCurry and wife Paula of Golden Valley; his grandson, David McCurry of Leicester; his brothers, Floyd "Gib" McCurry of Marion, and Sherrill McCurry of Golden Valley; there are several nieces and nephews.
The Funeral will be conducted at 3:00 pm Friday, January 5, 2018 at Fairview Baptist Church. The Rev. Allen Rash, Rev. David Ledford, and Rev. John Ware will officiate. Burial will follow in the Golden Valley United Methodist Church Cemetery with Military Rites provided by the Rutherford County Honor Guard. Pallbearers are David McCurry, Nelson McCurry, James Brandle, Wayne Price, Richard Price, Alan Price, and Raymond Gurley.
The Visitation will be from 1:00 pm until 2:45 pm Friday at the church prior to the service.
The family wishes to extend a special thank you to the loving and caring staff at the Laurels of Green Tree Ridge.
Flowers are welcome. Those desiring to make a memorial contribution are encouraged to consider: Fairview Baptist Church, in care of Robin Smith, 433 South Creek Road, Bostic, NC 28018 or CarePartners Hospice of Buncombe County, 68 Sweeten Creek Road, Asheville, NC 28803.
Washburn & Dorsey Funeral and Cremation Service is in charge of arrangements.
Online condolences @www.washburndorsey.com.
To order memorial trees or send flowers to the family in memory of Glen "Tib" McCurry, 89, please visit our flower store.
Send a Sympathy Card