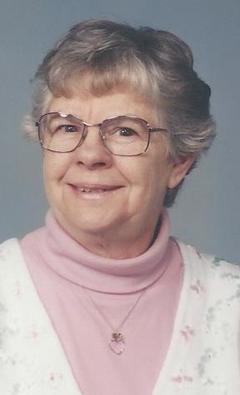 Mrs. Elizabeth Towery Freeman, 88, of Polkville, died Wednesday, December 24, 2014 at Kings Mountain Hospice House.
She was the widow of Gulmer Jackson "Jack" Freeman and the daughter of the late Emma and William Towery. She was also preceded in death by a sister, Shirley Hastings and two brothers, Bobby Towery and Junior Towery. Elizabeth loved and was loved by her family and by anyone who met her. She loved to sew, make quilts and can homegrown vegetables and she was an excellent cook. She was a great mother and grandmother to all of her children, grandchildren, great grandchildren, and great great grandchildren.
She is survived by three sons, Dennis Freeman and his wife Joan, of Greenville, SC, Clyde Freeman and his wife Rickie, of Ellenboro, and Gary Freeman and his wife Donna, of Polkville; her daughter, Brenda Freeman of Polkville; two sisters, Trudy Towery of Broadway, NC and Dorothy Wood of Forest City; a brother, Fred Towery of Broadway; a sister in law, Madeline Towery;  There are 7 grandchildren, Leslie, Tammy, Lisa, Sean, Angela, Mitchel and Ken ; there are 16 great grandchildren, Nickki, Jada, Ashley, Emily, Alicia, Megan, Harlee, Morgan, Jackson, AJ, Austin, Savana, Madison, Kelsey, Luke and Luna; and 6 great great grandchildren, Brian, Benjamin, Silas, Yates, Aiden, and Clover.
The Funeral will be conducted at 2:00 pm Sunday, December 28, 2014 at Washburn & Dorsey Funeral and Cremation Service. Rick Freeman and Rusty Freeman will officiate.  Burial will follow in the Cedar Grove United Methodist Church Cemetery. Pallbearers are Gary Freeman, Mitchel Freeman, Josh Hodges, Chris Dobbins, Doug Hawkins, Norman Melton, Ken Register, and Justin Shannon. "Wee" Honorary Pallbearers are Jackson, A.J., and Austin.
The Visitation will be from 1 pm until 2 pm Sunday at the funeral home prior to the service.
Online condolences @washburndorsey.com.

To order memorial trees or send flowers to the family in memory of Elizabeth Freeman, please visit our flower store.