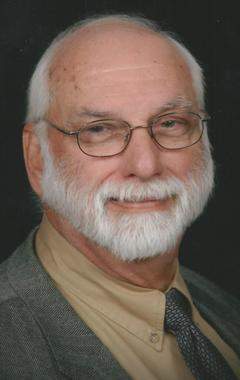 Mr. Dennis Neil Danner, 72, of Pea Ridge Road, Bostic, died Saturday, May 17, 2014.
He was the son of the late Everett Danner and Virginia Powell Danner Johnston, and was also preceded in death by a daughter, Kelley Denise Danner. Dennis was a member of First United Methodist Church of Forest City where he was Chairman of the Trustees. He was a 1965 graduate of NC State, with a degree in Civil Engineering. He retired from Aeroquip-Eaton Corporation. Dennis was a member of Habitat for Humanity; the Rutherford County Shag Club; the Camp McCall Board of Directors; and active in the Rutherford Housing Partnership.
He is survived by his wife, Brenda Swofford Danner; a son, Neil Danner and his wife Lea, of Ellenboro; two daughters, Holly Keever and her husband Jamie, of Spindale, and Leigh Danner of Forest City: a brother, Steve Danner and his wife Claire, of Clemmons; there are four grandchildren, Cody Danner, Kevin Keever, Corina Keever, and Nicholas Keever.
A Memorial Service will be conducted at 11:00 am Monday, May 19, 2014 at First United Methodist Church of Forest City. Dr. Neil Haynes and Rev. Ned Owens will officiate.
The Visitation will be held in the rear of the sanctuary following the Memorial Service, until 1:00 pm.
Memorials may be made to the First UMC Forest City Van Fund, 341 East Main Street, Forest City, NC 28043 or Camp McCall, 1040 Camp McCall Road, Bostic, NC 28018.
Washburn & Dorsey Funeral and Cremation Service is in charge of arrangements.
Online condolences @www.washburndorsey.com.
To order memorial trees or send flowers to the family in memory of Dennis Neil Danner, please visit our flower store.