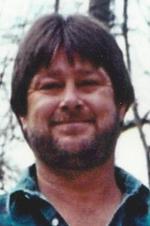 Our dad, brother and husband died February 24, 2013 at Carolinas Medical Center in Charlotte, North Carolina, after several years of health issues.
He was preceded in death by his father, Carl Wray Jr. and his mother, Patricia Mathis Carey; a brother, Roy Wray; and grandparents, Carl and Lovina Wray and aunt Betty Laws.
He is survived by his loving and caring wife, Donna; two sons, Daniel and Tyler Wray; his brother, Ronald Wray and previous sister in law, Janet Wray Maddox; also uncle Kenneth Laws and his wife Crystal; cousin, Mike and Debbie Taylor; nephew Johnny Wray and wife Crystal; Tyler's fiancee, Stephanie Lynn; and Danny's greatest new love, his precious granddaughter, Mallory Wray, "the little munchkin"; and many other friends and loved ones, also our Salem Church Family.
Danny was a simple man who loved to fish and spent many hours in the Gulf of Mexico with brothers, friends and sons. "Cracker" was a jack of all trades who could fix anything electrical or mechanical. He was a specialist on all aspects relating to a car or truck.
We love him dearly and will miss him so much...
The family is planning a Memorial Service to be held at 7 pm Thursday, February 28, 2013 at Salem United Methodist Church. Rev. Keyes Pendleton will officiate.
The Visitation will be held from 6pm until 7pm Thursday in the church fellowship hall prior to the service in the sanctuary.
In lieu of flowers, memorials may be made to Salem United Methodist Church, PO Box 220, Bostic, NC 28018.
Washburn & Dorsey is in charge of cremation services.
Online condolences @www.washburndorsey.com.
To order memorial trees or send flowers to the family in memory of Danny Lee Wray, please visit our flower store.
Send a Sympathy Card