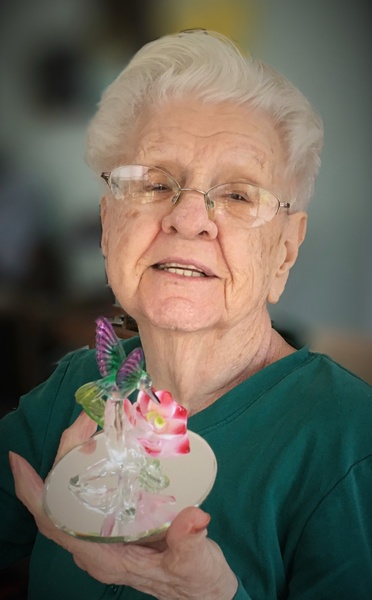 Blanche Elizabeth Jakubuwski (90) went to be with the Lord on January 21, 2021 at
her home surrounded by her family.
Born in Baltimore Maryland on December 17, 1930, Blanche was preceded in death by
her  husband, Joseph (Jake) Jakubuwski.
She is survived by her three children, Deborah Sersland (Conrad), Richard Foust Jr (Deborah) and Sharon Neuhofer(Andrew); also leaving behind 11 grandchildren and 16 great grandchildren.
Blanche lived in the Baltimore area for over 40 years before moving to Punta Gorda, Florida in 1972. She has spent the past 4 years living with her daughter and son-in-law (Debbie and Conrad) in Sunshine where she attended Fairview Baptist Church.
Over the past few years, she enjoyed observing and admiring nature, especially the clouds and mountains. She was known for thanking folks for any acts of kindness, and she often said, â€œThe Lord has been good to meâ€.
She enjoyed her family and was blessed to be surrounded by her children plus many grandchildren and great-grandchildren during her final days. She will be remembered and missed greatly.
Washburn & Dorsey Funeral and Cremation Service is in charge of arrangements.
A private memorial service will be held at a later date.
To order memorial trees or send flowers to the family in memory of Blanche Jakubuwski, 90, please visit our flower store.