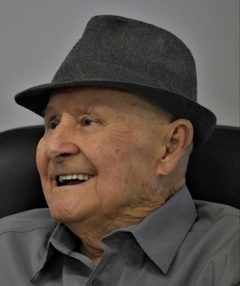 Mr. Billy Neely, 87, of Hopewell Community, died Monday, July 30, 2018 at Hospice of The Carolina Foothills.
Billy was the son of the late Ernest and Bertha Smith Neely, and was also preceded in death by a son, Gary Lee Neely. He was a faithful member of Mt. Olivet Baptist Church, and had worked at J.P. Stevens and later retired from Doran Textiles. He was US Army veteran of the Korean War.
He is survived by his wife, Annie Fredell Neely; three sons, Wayne Neely and wife Kathy, Billy Neely and wife Christy, and Jerry Neely, all of Hopewell; two sisters, Verna Lee Moore of Macon, GA, and Doris Scoggins of Due West, SC; and his brother, Earl Prickett of North Augusta, SC; there are 8 grandchildren, 18 great grandchildren, and 3 great great grandchildren.
The Funeral will be conducted at 2:00 pm Wednesday, August 1, 2018 at Mt. Olivet Baptist Church. The Rev. Ernie Cole will officiate. Burial will follow in the church cemetery with Military Rites rendered by the Rutherford County Honor Guard. Pallbearers are Chris Neely, Larry Bailey, Robert Rollins, Jody Franklin, Jeffrey Franklin, and Brett Greene.
The Visitation will be from 6 pm until 8 pm Tuesday at Washburn & Dorsey Funeral Home.
Memorials may be made to Hospice of Rutherford County, PO Box 336, Forest City, NC 28043.
Online condolences @www.washburndorsey.com.

To order memorial trees or send flowers to the family in memory of Billy Neely, 87, please visit our flower store.